Good news the devs announced that the game is still on going so they won't let the game die "yet" join the discord server for more further notice.

An update on his Patreon.

I don't know if its been fixed since the last time i played but when you get the contact lenses that show all the information on the characters  it makes the game really laggy whenever it pops up and it makes it annoying to try and play the game when it takes 2 minutes for them to say 1 thing, this is on android just so you know

a bit confused, i played through the game in 2 hours and didnt see this thighjob scene or the one with ruri asking to see it again. did i miss stuff or did they never get released

If you wanna see the thighjob scene or other scenes(be able to get on the best route), you need to get money for Rea, I mean you need to get customers, you know? Get on everyone's good side, you have to make decisions to see them.

its so good omg

They've stopped accepting payments for the next month (sept) to show solidarity that they're actually still working on it. The patreon itself has reached the full time threshold but if you want to help them fund it even more (maybe get some voice actors and such) you can go subscribe as well.

To be continued... I sure hope so would suck to find out it's just a cliff hanger  for all eternity.

Please, tell me that it's not abandoned

Reply
bread that came from hell41 days ago(+1)

Hahaha I think you got baited

"All's we got is a coupla days on the team!"

well i will wait to the next "update" cus this game it so entertaining.

Check this out while waiting https://kamuo.itch.io/agrss

was hoping to see an update of some kind, even just a blog, but iirc, he said he was pretty much remaking the entire game from scratch with new art and a story "that makes more sense" i believe he said. so i guess hes pretty flat out

A shame, because I think the traced Koikatsu style is part of the game's charm. It stands out, and works well with the comedy and character designs

It's not going to be that drastic of a change.

It's just that as Mate's style improved, looking back at the earlier parts of the game made him unsatisfied with the quality.

That's the thing with drawn stuff, even if it's traced from KK models, he adds quite a bit of his own spice to the visuals that you can't do with just KK.
And drawn stuff, you're bound to change your style overtime.
I mean, he's improved a lot from the very first drafts of the game.


Anywho.
The rework, the next update's content and the fact that the game is not profitable enough to be a full time job.
Yeah, can't blame him for being slow, it would honestly be worse if he started to rush things.
Just hope he's doing alright.

how long is the vn approx?

He has no Rules, No Boundaries, he doesn't flinch at torture, Human Trafficking or Genocide

An update for everyone curious: 0.35 was released on December 2021. If you visit their Patreon, you will see that they are still working on it and posting progress updates. Do not lose hope, perfection takes time!

This game is epic, we will patiently wait for the update

Waiting for next update.

We all are. It'll come one day.

is this still in development??

hi this is more for my curiosity, is it dol-see or dol-che?

The visuals are the best i've seen in whole internet, but the mansub things it's anoying

The 8th dude under this comment is a idiot

Yes they are. They clearly don't understand what "In Development" means.

The game is too interesting i finished it for 5 hours, so devs any new version upcoming? I know it's not easy and all so i thank you for this game lads!

Its talked about a lot but I'm wondering is there actually pregnancy in this game?

Why? Who cares? If you want a baby door in the real life

I think I did it so fast because I didnt saw the other scenes. Finished it sadly wasn't expecting it but yeah great game i mean it! 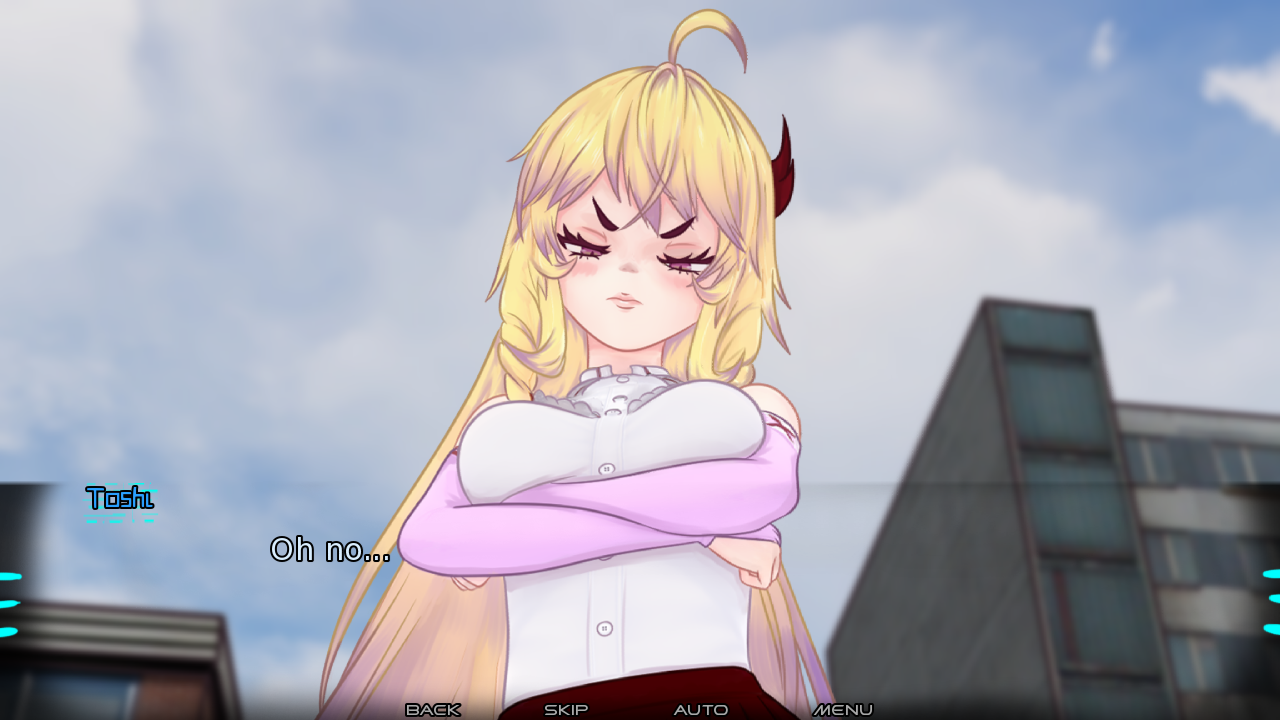 And luna's browser history caught me of guard XD 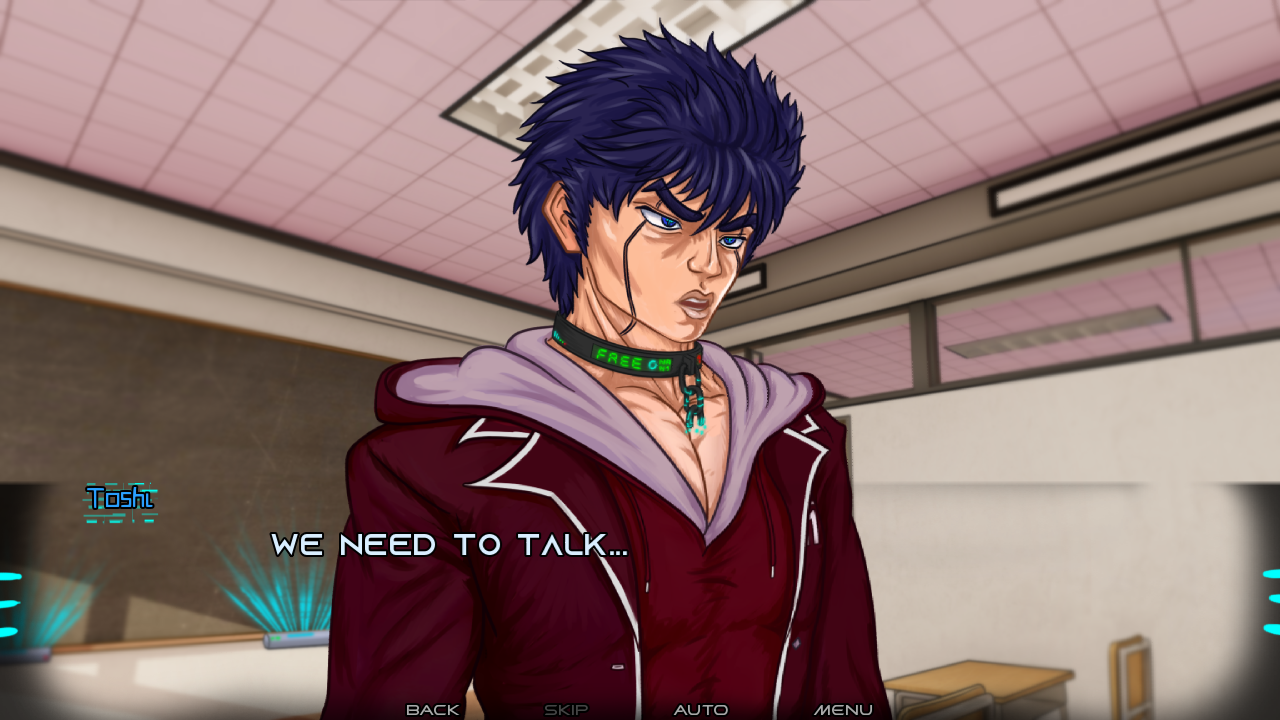 the game is very well done, the guy under me is an idiot

The dialogue sounds like a middle schooler using shock humor who thinks random equals funny. There is way more useless text than there are scenes, and the skip button doesn't even work to help this. Honestly just a waste of time to download and play, which is a shame because most of the visuals are pretty good, other than some basic artwork that is weirdly nothing close to how bodies work.

Sorry bro but. You are the minority in the first half of what you said.

wtf, i assume that there was more scenes that i didnt take but the path i was on just ended with like, a total cliff hanger.

i want more dang it!!!!!  legit it seems to be more than a "to have or not have sex" game but a proper rpg, im gunna play this again tommorrow to see what i missed, also a gallery would be appreciated

dang it without a gallery or decision map i cant tell what i miss or dont miss.

Uh dug so deep but didn't regret it

I never laughed so much in my life, the story is very funny. I hope this gets a update soon it is what seems like could be a real money making game. it makes me want to join Patreon which is something I rarely do.

i had my reservations about the game, but i must say, im pleasantly surprised. its kinda scary as my dumb brain fears stuff like this would actually happen, aside from that, its rather interesting and the characters feel unique despite a common similarity. my favourite girl is laura, shes batshit crazy but its some how charming